Distance not sent to Garmin Connect

When I upload a workout the distance isn’t sent to Garmin Connect. It shows as 0 miles. There IS a trainer distance entry but it doesn’t show up properly. I know I can edit the entry in Garmin connect but it would be nice if it was in the FIT file so I could use it in other tracking systems.

Unfortunately at the moment, the workout player stores trainer power, speed and distance in separate IQ developer fields. This is due to the limitations of the IQ SDK.

Was it solved? I did my first ride today and distance in garmin connect is 0km there are other apps connected to GC, but some (TP and CA(Cycling Analytics)) are able to get distance data, not Strava, TodaysPlan. I used Edge 1030 with powermatch function and speed was displayed, when uploaded distance is 0km

If you are using powermatch, then most likely the speed is being stored as a developer field and Strava isn’t able to read it whereas others can. You can consider syncing from Xert->Strava to resolve this. It will mean remove the link from Garmin->Strava. See our FAQ on this (just search for Strava Reports here or on our support site).

I have xert connected to Strava(and Stava with GC). So is not it synced: Xert app–>Strava—>GC and from this place to all others? When I open workout in Xert, distance and speed are blank.
Oher issue I have with app, is when I choose discard ride, it always froze or get stuck in xert app, than only way to close it is restart Edge device. I saved this last workout and was able to close and leave xert player, but when i switched on Edge device later, screen was frozen and I had to restart it. It must be cased by xert player, I did not experienced it before (no other datafields, no other apps)

Strava doesn’t get the distance from GC so neither will we from Strava. If you sync from GC to Xert and Xert to Strava it should get resolved.

We’ll have to look into why your unit is locking up when it tries to discard. Have you update the firmware recently? Can you send this to support@xertonline.com so we can track it. Thanks.

If you sync from GC to Xert and Xert to Strava it should get resolved.

This is or should be the preferred method for those having a Garmin - it will add the cool Xert stats and if it occurs, a BT Google Maps snapshot, to the Strava entry.

Sorry, but it doesnt make sense to me, how can sync from GC to Xert and Xert to Strava at same time. I can choose connected apps in Xert - GC or Strava, I should not connect both, even if i do this, I cannot choose order and direction of syncing. Is not it just one way sync: gc / strava to Xert?
If I would like to upload files to strava (xert to strava) I would need to allow this in strava and I did not find xert service in strava - I think, that I cannot sync from Xert to Strava, I can sync from Strava to Xert, right?
Second thing is: when using player on garmin, ride is uploaded to GC first, so when there is no distance, I cannot get distance to e.g. TodaysPlan no matter what, because its not possible due IQ SDK.
Only thing that can be solved it, is to connect gc to xert and then I would get there distance. But I cared more about distance in TodaysPlan and strava.

how can sync from GC to Xert and Xert to Strava at same time. 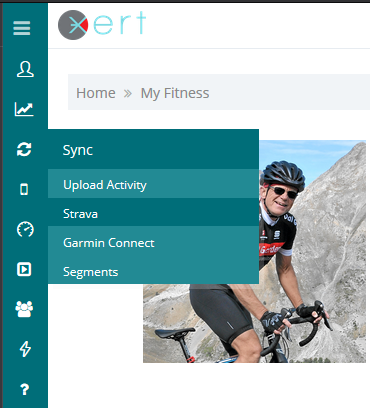 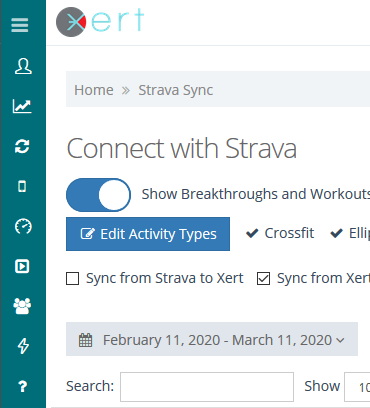 But I cared more about distance in TodaysPlan and strava

And why is distance important? For Strava, it would make sense if it would count toward a challenge or something, otherwise, it’s just a number. It doesn’t influence your compliance to your training, as that is not dependent on the distance you covered.

Has anyone discovered a workaround for Strava Live segments when syncing from GC to Xert and Xert to Strava? I went in to setup the syncing this way, but it said that I would lose the live segments feature on my Garmin Edge.

I’d be interested to know. You lose this functionality, from Garmin, as it depends on a link to Strava. However, Xert has it’s own segment hunter - I guess that is the workaround…

I did try the Xert Segment Hunter, but it hasn’t found any of my starred segments from Strava yet, just keeps searching. I may need to uninstall/reinstall it and see if I can get it to work.

I haven’t used it in a long time, so I can’t tell or help you with that. Usually though, deleting and reinstalling the app will solve any problems…

I did some reading and I hadn’t loaded my Strava segments into Xert. I loaded a couple of them and I’ll test it out.

Yes, that would explain it

Strava doesn’t get the distance from GC so neither will we from Strava. If you sync from GC to Xert and Xert to Strava it should get resolved.

I just added that this would or should be the preferred method, to enable Xert stats into the notes field on Strava. Even if it doesn’t fix distance issues

What do you use to register your workout? I hardly ever use the Xert Player / Garmin setup, but last time I did (yes, long time ago) it all worked out fine…

See https://connect.garmin.com/modern/activity/3594923853 (as you can see, the trainer distance is an IQ field)

Maybe I should add that I have an iPhone and a Tacx Neo, so I need a Cable for this to work…

In that version, we’ve added native support for Tacx Neo trainers (no CABLE needed anymore), as well as slope/resistance mode for all FTMS trainers.