I vowed to never use or buy anything from Garmin a while back, and will be sticking with that, but it seems like Xert Mobile for iOS is not happening anytime soon, and Wahoo integrations doesn’t seem likely either

So the next best thing would be to strap some type of Android phone to the handlebars to be able to benefit from Xert metrics on a ride or race.
Searched for the smallest possible form factor and it seems like Palm has some sleek and inexpensive device, with GPS (can’t figure out if it has ANT+)

Has anybody experimented with this. Do we know if the Xert mobile app would run on such device? 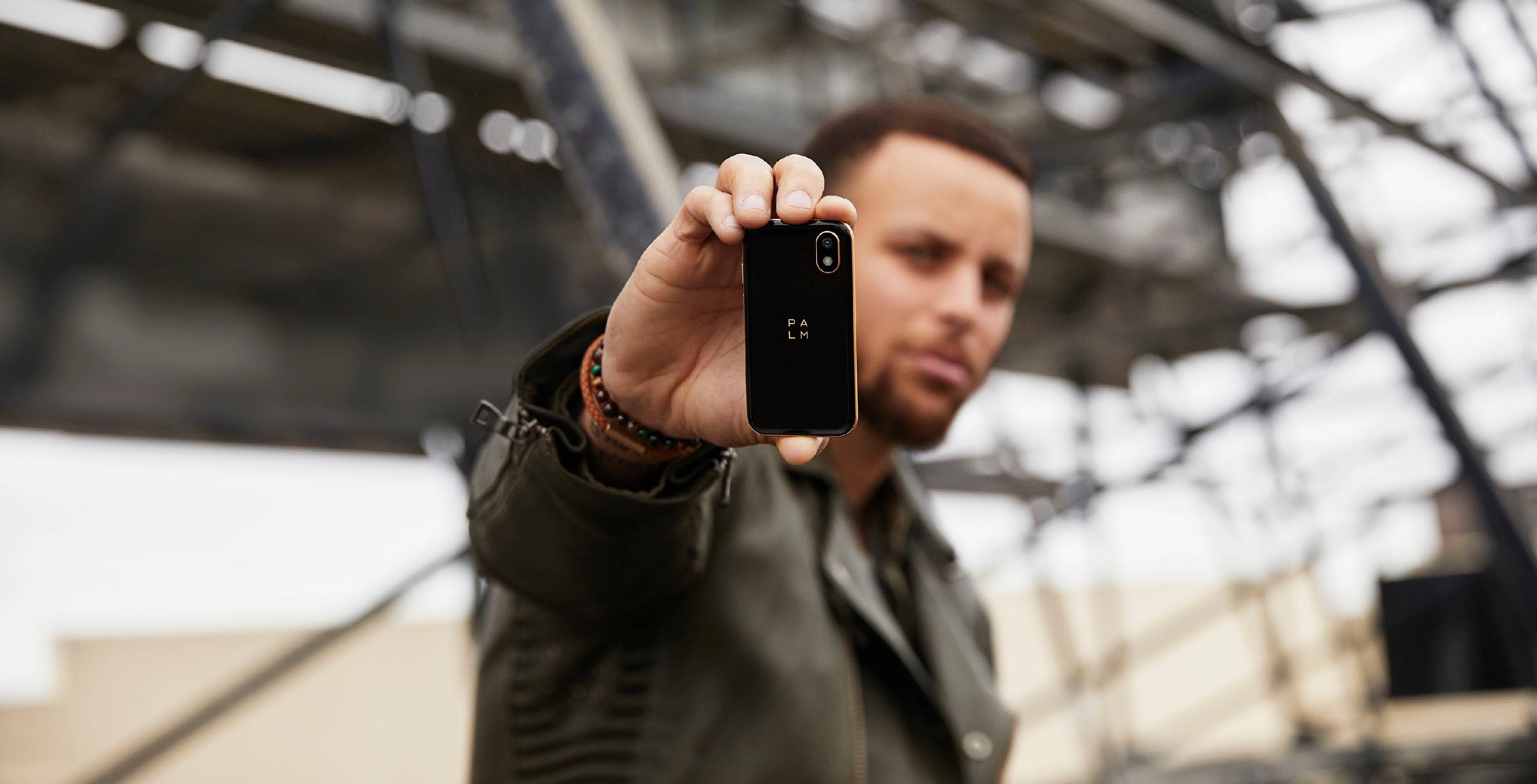 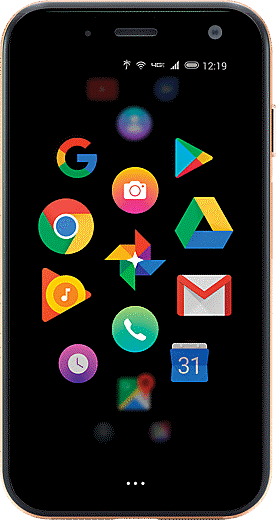 Shame it doesn’t have Bluetooth. If it has a regular USB port, you could attach an ANT+ stick. App should work. Keying stuff in might be a bit of a pain…

From what I gather should support BT and ANT+
Battery life is limited to 3hr it seems, when using GPS, but I guess is good enough for workouts outdoor.

Could you confirm your Android app would run on it?
It can be had on eBay for under $100. 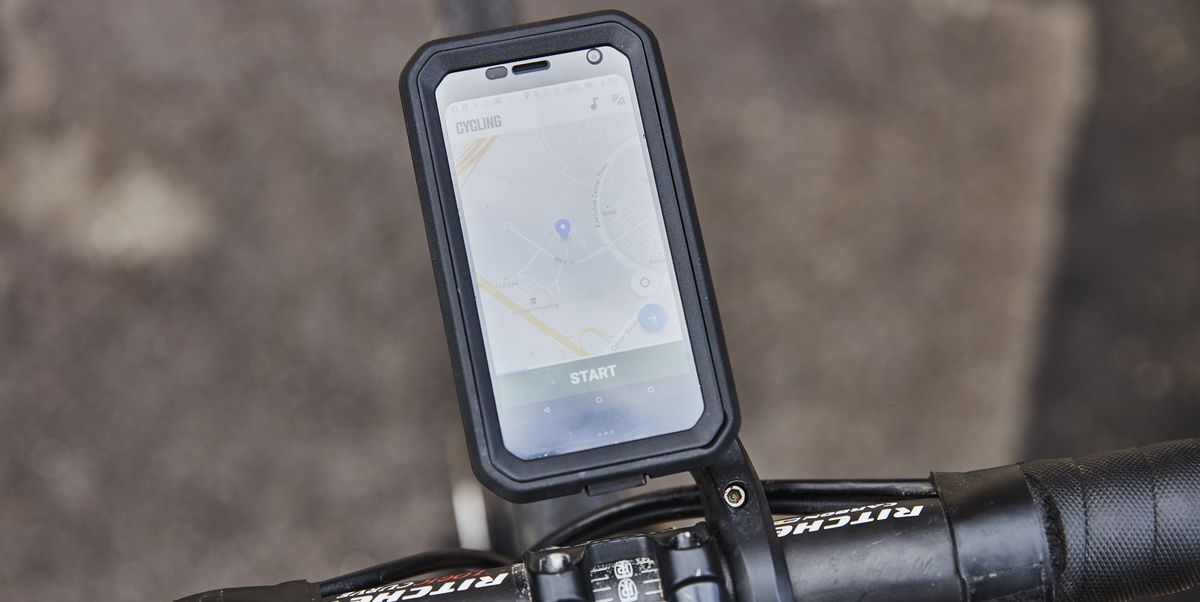 Palm’s new smartphone is the size of a business card and can double as your cycling computer.

Checking it out. Thanks.

Well, it’s a cute little device, seems to connect fine via BT, testing the ANT+ now.
I got a mount adapter for the Wahoo, so should be able to test it soon outdoor. 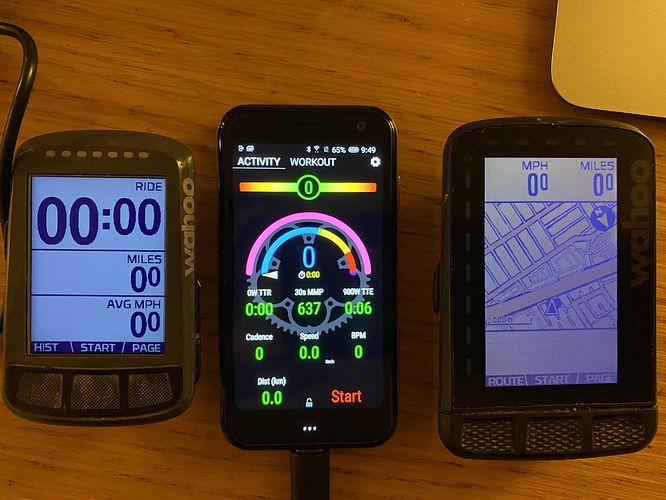 Neat! Let us know your thoughts.

Looks cool! Definitely let us know what you think!

Took it for a spin outdoor: added also the Mophie Juice pack which extend significantly battery life and gives extra protection: looks like a larger Garmin device. The display is pretty bright and very readable in sunlight.

Still having issues with ANT+ sensors and the XERT app, I can pair and use ANT+ sensors just fine with the Wahoo app (which makes a great bike computer out of this phone) 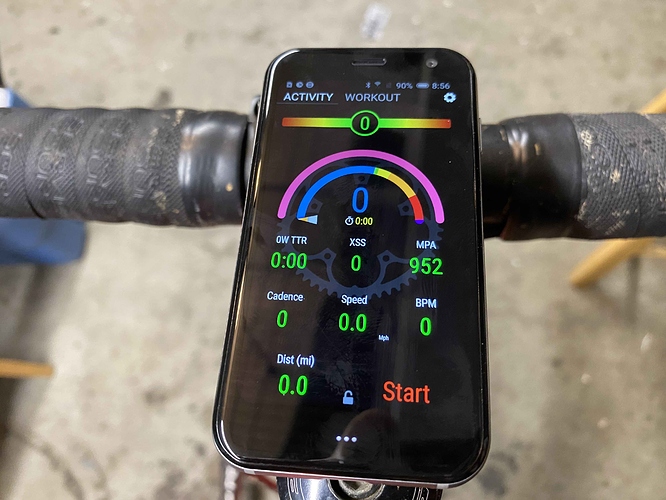 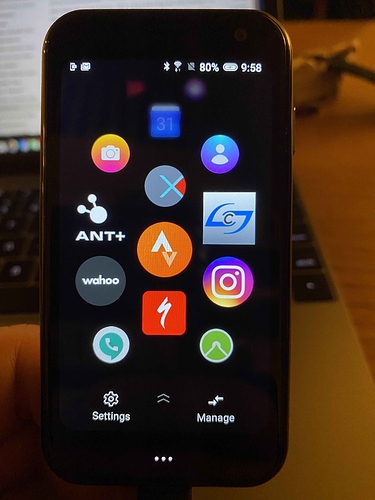 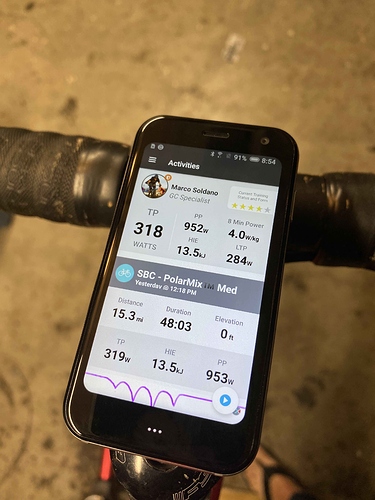 It doesn’t support Ant unfortunately. You’ll need something like a Cable or Viiiiva HRM to connect Ant based sensors.

If you’re experiencing issues recording GPS, install our Beta version from the Playstore and be sure to set Record GPS on under Settings.

I don’t quite understand the Ant+ part, I can connect fine with other apps and also using the Xert app on a Galaxy Note…

Galaxy Note has ANT+ built in. On the Palm, you’ll need to connect all sensors using Bluetooth. If your power meter or HRM doesn’t support Bluetooth, it won’t appear on the devices list on the Palm.

I’m able to pair Ant+ sensors to the Palm in other apps, including Zwift.
They probably didn’t bother to tell Ant? 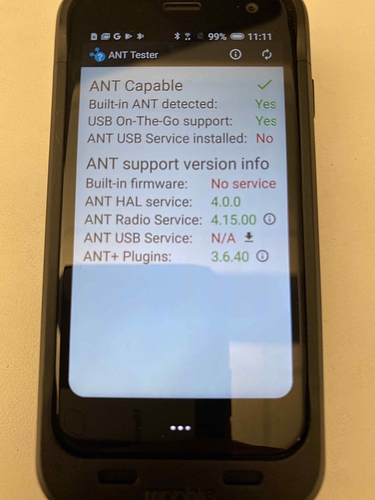 Can you show the ANT Plugin Sampler’s Bike Power Display?