Using Xert with another training platforms

Hi guys, I am new to indoor training and I also thinking about using Xert as my training planner for the bike (I do triathlons) since I liked the approach of the product very much. Since looking at just numbers may be boring for 1h+ rides, and I was wondering if there is a cheaper alternative to Zwift so that I can just ride a route and disable it controlling the trainer (obviously I want Xert to do that). Is there any alternative?

All you need is Xert. You can watch anything you want (TV, Youtube, route videos, etc.) while Xert controls your trainer (ERG mode) or you control trainer to match watt targets in Xert (resistance mode).
Before you decide whether 1h+ rides are boring in Xert, try the Xert Remote Player on your tablet/PC. There is usually enough going on to keep things interesting. If you get bored focus on form (pedal stroke, aero position, breathing, etc.).

I work in front of a screen all day and cycling is my escape, so if I can’t ride outdoors I’ll set up my rollers outside or I’ll have my indoor trainer facing out the garage door so that I can look outside. If I want some stimulation I’ll crank up the stereo or choose a more testing workout.

BigRingVR is cheaper than Zwift and you can add a family member for free. You can load Xert workouts into it and watch one of their real life videos of cycling events while you work out. You could also setup competitions, but that’s not frequently used, I believe…

Also, if you want a mix of Zwift and real life videos, try Rouvy. More competitions, challenges and even prices to be won. Same prica as Zwift, but up to three users, five devices can use the same subscription.

. I am stuck in the garage at work but it’s better than nothing.

Thanks! I will give Rouvy another try, but so far I wasn’t able to disable controlling the trainer in it (I am not sure if it has this option).

I also found that Fulgaz has the ability to upload ZWO files, but I don’t think that the training will still be Smart.

Also trialing Rouvy and like the Augmented Reality with avatars and virtual group rides. Feels more real and smoother than other videos so far.

Re trainer control, haven’t tried but think you may need a separate powermeter, and to only connect with the powermeter in Rouvy. If it can’t see yr trainer it can’t control it, but it does need a source of power (or estimated power via speed). You can then leave your trainer to be controlled by Xert or yourself. Think that will also work with Xert power match to yr powermeter assuming you are running Xert with ANT+ (via BT only, you can only connect to one device, so couldn’t connect powermeter to both Xert and Rouvy)

That is correct - you need two power (meter) sources. Fortunately, I do, but I abandoned Rouvy since I detest the awkwardly moving cartoon characters and the video quality isn’t anywhere near BigRingVR’s.

Fulgaz is okay, but has a lot of on bike (group) rides, which I also do not like. Too much swaying…

Others to try are Bkool (lots of videos), Kinomap and RGT. 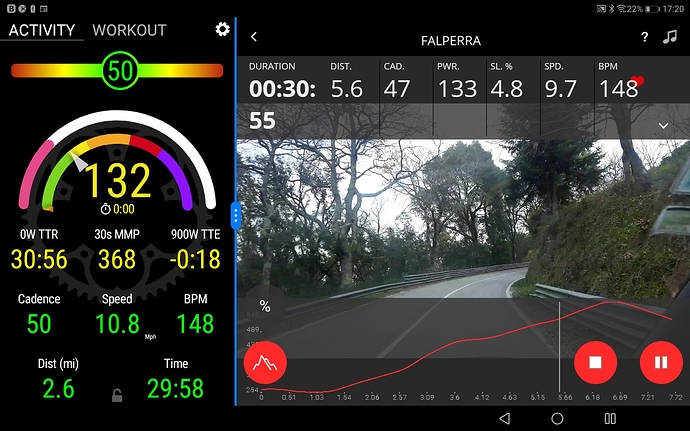 You can try RGT, it is free: 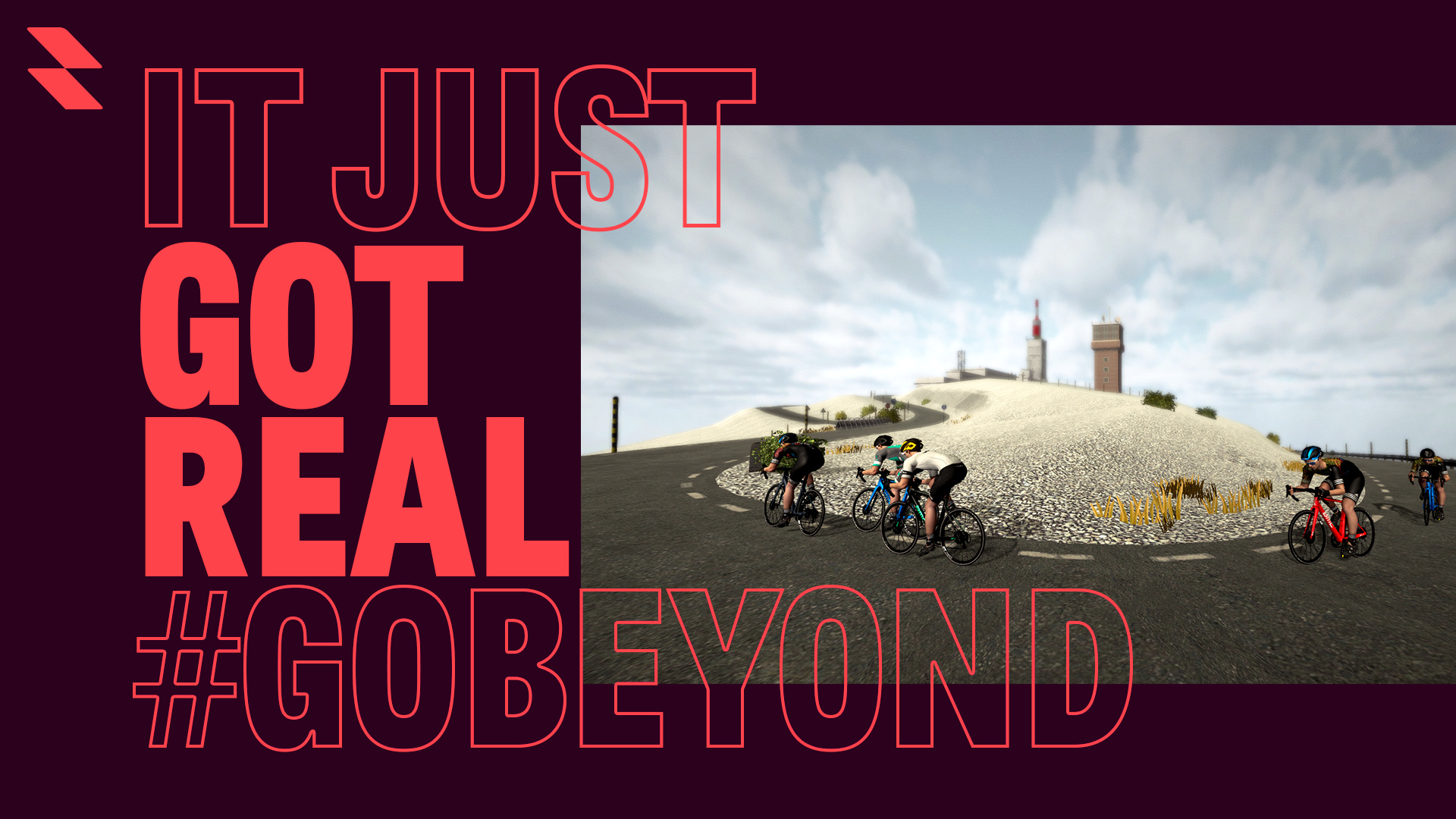 RGT Cycling is a free virtual cycling app. Designed to change the way you ride inside, Go Beyond with training, races, group rides and iconic roads on RGT

What app is on the right?

Ok, so I’ve done some testing (used a Mac since it’s the only laptop I have) and found the following.

My gear so far:

So, this is what I tested so far. I will try to come up with other software if/when I can and update this post.

What app is on the right?

I watch YouTube videos of crit races, or gravel races, or Grand Tour stages while riding for visual stimulation and earbuds with tunes for auditory stimulation…while the platform controls the trainer.

RGT Cycling - Free and it works great with Xert workouts - see overlay below or you can upload the exported Xert workout as a .zwo file. 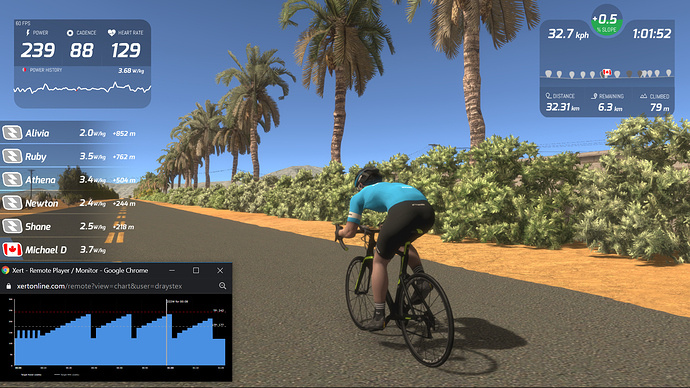 I really rate FulGaz. Many more rides are being added and there is a lot of variety. Certainly works with Xert. I run Xert on my iPad and FulGaz on my laptop