Can you only get TTE on Garmin ? can you set it up on IOS mobile ? how do i find my TTE . Up until this point i’ve been using the mobile app for workouts on FTMS , now getting interested in some of the other metrics and maybe use them on indoor Crit races , i use a Wahoo bolt.

When will the Xert metrics be available for the X bike computer / watch / PC...

Unlike the Garmin devices that support ConnectIQ, where we can develop datafields and apps with our team, manufacturers of the other bike computers like Wahoo, Hammerhead, Lezyne, Pioneer or SRM, for example, will need to do their own development...

They are calculated figures based on your current signature.
During setup you are prompted to enter your Xert credentials.
To use the fields assign them on the Garmin device and start a ride. 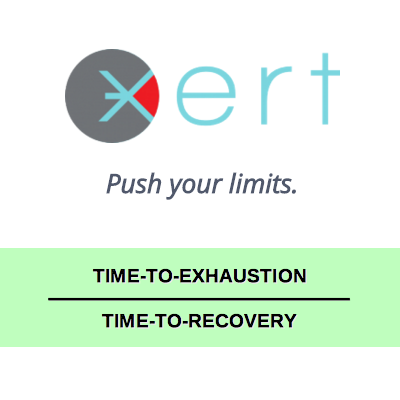 Using your Xert™ Fitness Signature, real-time Time-to-Exhaustion (TTE) and Time-to-Recovery (TTR) are calculated and displayed. See exactly how long you will last for a given power output interactively and how long it will take you to recover. ...

Orange dots? You need to start an activity (no need to actually leave) while your Edge is connected to your smartphone. The fields will then synchronize, but it can take up to 5 minutes before the dots turn green.