Quick question on decay settings, I’ve been working through base training on no decay as is the general advice and been gradually ramping up volume (for me) which has seen a steady increase in TP from around 256 to 267w. But now I’ve moved into Build switched to default decay but TP dropped back to 256w, thinking something was amiss I recalculated which was probably the wrong thing to do! And now down to 250, obviously my XPMC chart is now based around these calculations and changed quite a bit.
What’s the best approach when moving from base and no decay to build and default decay, do you just take the readings it gives and go out and attempt a breakthrough? Is there a way to revert my signatures back to what they were yesterday prior to me interfering!? Or do I just go out and try and get a breakthrough then I’ll be sure the signature is correct?

do you just take the readings it gives and go out and attempt a breakthrough?

Basically when you go to No Decay the system estimates a rise/fall in your current signature based upon changes in TL without “proof”. IE, no BT events are occurring to validate changes especially improvements.
When you revert back to optimal decay the system goes back and applies the optimal decay math so your TP will drop if it has been increasing without validation.
Now you have the opportunity to prove your numbers which you can do with as little as 10 minutes worth of HI intervals depending on which BT workout you select from the library.
Search the library for “breakthrough” and note the profile charts for each one.
My favorite is Under Pressure but you may like the standard short one or Version 2.
Ride in slope mode, slightly exceed red targets if you can (without blowing up), then go for broke on the last long interval with a stand-up sprint (5-7 sec minimum) just before you are about to collapse. Finish out the workout and you’ll have your proof when the activity gets uploaded to XO.

That makes sense on reflection. May well go down the zwift race route and see how it goes!

Race completed, breakthrough achieved, although dropped connection 1/2 way through the race and ended up as a single rider which doesnt quite have the same “motivation” although I did try to press on at a similar level, but is an XSS score of 219 really achievable in 45 mins?? 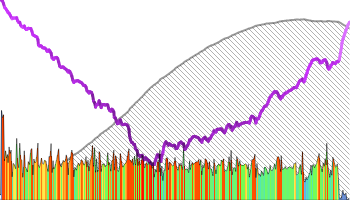 Just means that you have more to give

A difficulty score off the charts is a dead giveaway of that!

Cheers Scott, didn’t feel like it at the time but I think I am carrying a bit of fatigue in the legs at the minute. Would mistakenly recalculating my signature have an affect on that? I came out of base and switched to default decay then recalculated thinking there was an error in my signature (original post)
Are you able to look into my data and see what I might have messed up!
Prior to recalc I was completing workouts based on a TP of 266, heart rate was tracking a touch below associated power zones, so coping at those levels

Forgot to mention another option is to join a group session that has a workout with a potential for BTs. For example, today’s Ellis Practice session resulted in this report. 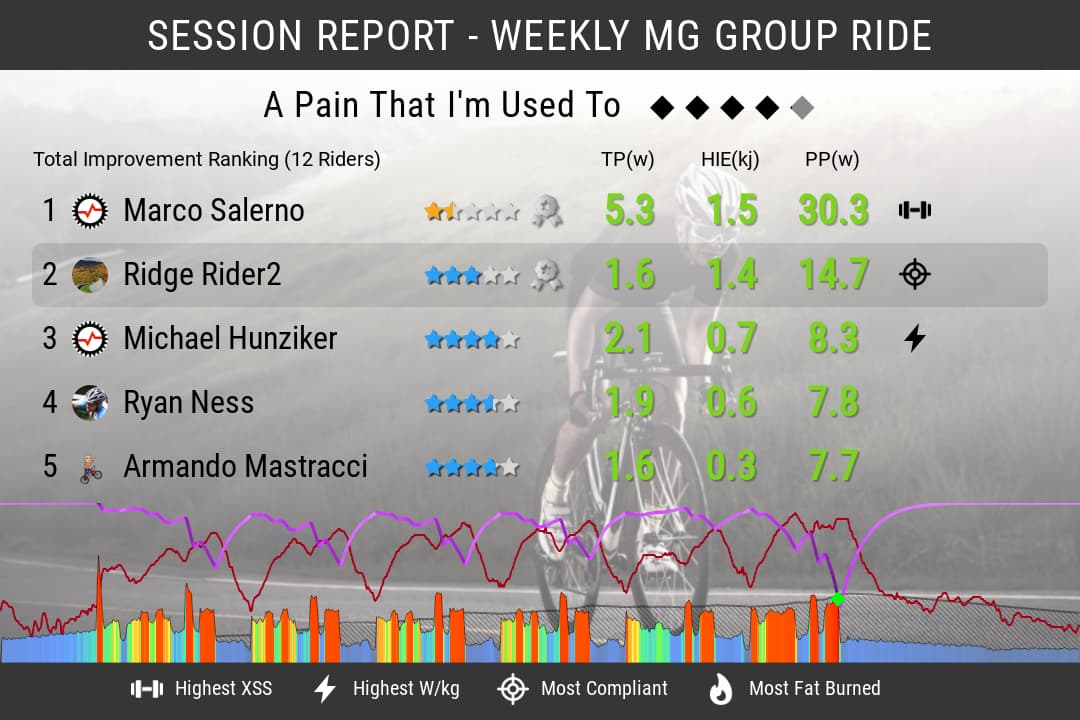 Marco and I achieved BT badges and everyone got their HIIT workout in for the week.

As @ManofSteele pointed out the shaded difficulty graph tells a story about your signature.
Here’s my graph from today’s session. The max axis for Difficulty is 200.