I tried to play solo session with YT video, but I have quite bad internet connection in my place, so It was not the best experience. I use win 10 with chrome, where dowlnoad is YT official function ( I am YT premium, so not sure if its for users with subscription only) . Nevertheless, when I tried to play solo session with this video, it was streamed online and not played from YT downloaded. Is there way to bypass it or maybe Xert team could consider to allow this option?

If you visit Bike the World, can you stream any of their videos without downloading?
When you download a video as a YT Premium subscriber, what is the file format? Does it require a special player?

I can stream any video from youtube channel Bike the World (it gets choppy due bad internet connection).
When video is downloaded, I dont play it by opening from local drive and think that its not even possible, therefore I dont know format. Its played directly from youtube (either from downloaded YT folder or directly from channel, just by clicking play and YT knows, that this was downloaded and plays it from local storage).
I have some videos on local harddrive from the past, where I paid for each video to Veloreality and they are in usual format - mkv or avi and I when compared videos quality, they looked better than biketheworld, I would not mind to play them and overlayed them with transparent gauge or workout, but I tried and it was not possible. I can open it new window, but there is no transparency then and big frame around - so no option for me.

If you cannot play your downloaded videos in a frameless sizeable window, another option is a subscription to Open Road. There is a discount code located under your Xert Account Settings, Personal Info tab. This provides access to all Open Road videos in the highest quality format. 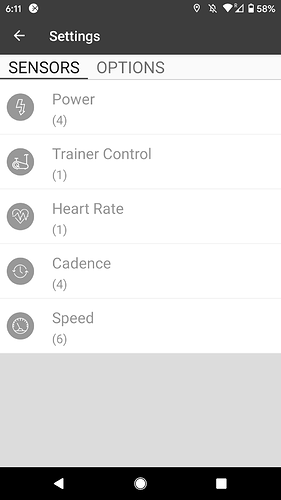 Many have asked us for features such as structured training programs, group training, and tools to analyze one’s training data. To bring you those features, we have teamed up with Xert. Xert has excelled in data analysis and structured workouts for a...

just to be clear, I cannot open the gauge and open in frameless window. Video would be fullscreen an I would overlayed with gauge and workout, IF I could open it in frameless (and ideally transparent )windows, which is not possible.
Do you know it the gauge and workout will be transparent, same as when do session with video, when I use open road with Xert as instructed?
I did not find discount code, but it might be, because my account is still trial.

Is there any chance you can increase your Internet connection speed so you can run workouts from the Session Library without the choppiness?

Transparent overlay only comes into play when watching a streaming YT video on the Session Player. The gauge and chart are not transparent when used with an app running in its own window. Rather the components are arranged around it. For an example, see the images in this article showing how Session Player components can be arranged around Zwift or overlayed on top (not frameless, not transparent).
The Ultimate Guide to Training with Xert and Zwift – Xert (baronbiosys.com)

OR works in similar fashion but you drag a sized OR window (frameless since it’s an app) on top of the Session Player video box section. That lets you watch an OR Bike the World video as a simulation. However, that requires an OR subscription plus ANT+ dongle to connect to power while the workout is controlled by phone app connected to your trainer.

Bike the World videos are included with a Xert subscription along with the ability to watch any YT video of your choice in streaming mode. The best solution would be if you can increase your Internet connection speed. That would allow you to watch any YT video with the Session Player in transparent overlay mode like this example. 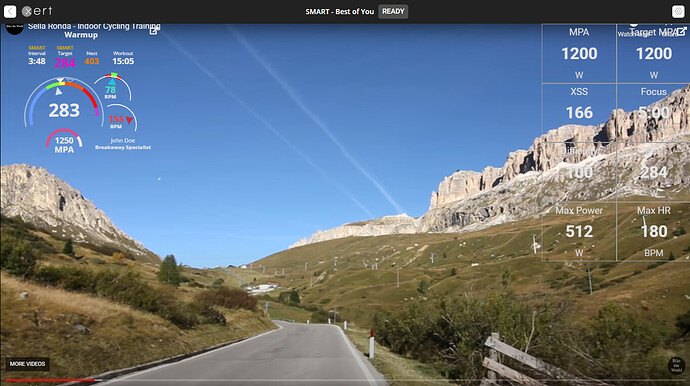 I agree that the best would be to get better internet connection and for such cases Xert might think about allowing to play session offline (if technically possible) in a future.
Until then I will play Veloreality video from PC on TV screen with Xert app on Garmin Edge controlling workout and will use my secondary screen for Remote player to see workout graph. Thank you for advices.