Power vs heart rate for low and high intensity training with dr. Seiler

Hey,
I wonder if anyone watched this latest interview
by Dylan Johnson with dr. Seiler. There is also a part 1 with more basic info so the 2nd I found more interesting.
Some key points mentioned by Seiler who I believe would be worth a discussion

I watched it. For running, I have used an upper limit on my heart rate to control my long, endurance runs forever. It is kind of just an accepted practice in the running world. I haven’t done it for biking as often, but I always monitor my heart rate on my long rides.

I’ve heard the argument that you shouldn’t use heart rate as it can fluctuate based on factors like heat or fatigue. But to me, endurance workouts should be limited by heart rate, especially when fatigued.

I guess I also did it somehow subconsciously i.e. only adhering to the xata advice of riding at LTP when I felt fresh enough. As I do lot of fatiguing activity which doesn’t count into the xert freshness model (starting with mtb descents, hiking, entertaining my virtually never fatiguing 3y old, dirt biking) more often then not I’m not fresh at all when starting endurance workouts. At these times I was riding 10…30% below LTP, usually with a bad conscious. If I understand Seiler correctly, the latter isn’t needed.

The idea of “polarized”, which I know Xert is not, is to limit the bodies response to training on “easy” days so you can go hard on hard days. Hard days can be threshold, VO2max, or even sweet spot workouts. Basically anything that causes a sympathetic nervous system response (flight or fight, elevated state of readiness). I’m my opinion, that includes “easy” riding at low power if your body is stressed by excessive heat or other outside factors, such as too much fatigue.

If your life is already stressful, you may spend a lot of time already in that state. For long term health, more easy days is probably better. For best performance, riding the edge of too much intensity is best. How to find that edge is the $1,000,000 question.

Although Xert doesn’t polarize intentionally, the adaptive training advisor will recommend easier (2.5 diamond or less long endurance rides) when your high/peak training form (Training Load - Recovery Load) is negative. This in effect polarizes your training when you are training with a lot of volume.

We use LTP rather heart-rate for workout intervals. It’s generally quite similar in range of what you’d do by following HR-only and, as far as I’ve seen, there is no evidence that would suggest that using HR vs a power-based metric for LT1 is superior for training. There is good reason to think it might but no hard evidence that it is. Even Seiler definition of LT1 seems to vary quite a bit and practioners also have varying opinions of it. There is no standard for it.

Xert is the only platform that I’m aware of that has workout intervals based on a percentage of LTP or anything similar.

Don’t overplay this. In a systematic review of thresholds, LT1 was the one that proved to have more robust evidence. I can’t find the link now. But it the lead researcher was in the semi pro podcast.

I don’t dispute its value, only the method to calculate. Lactate accumulation is a continuously changing process with intensity. Indeed, it can even decrease before it increases. Note that lab lactate measurements are taken venously, i.e. after it has been taken up by the working muscles / liver so the picture we get from lactate sampling isn’t providing the total picture of what is actually happening. 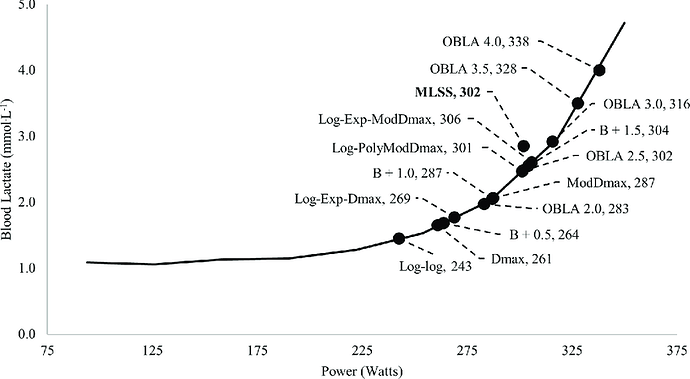 It turns out LTP is as arbitrary as % of FTP for endurance.

Sub-FTP zones based on %FTP are about as effective as supra-maximal FTP zones when you look at them on a per athlete basis. No good coach would prescribe everyone the same percent for intensity above FTP and neither should they for intervals below FTP. The fixation on %FTP has lead to poor workout designs since people re-use them as though they would act the same for them as the next athlete.

While I agree using %LTP is arbritrary, it does account for individual differences since LTP encompasses both TP and HIE in its calculation which is reasonable and logical when looked at from the physiological standpoint. HIE is in principle a quantification of the work and athlete can perform through anaerobic glycolysis. The anaerobic glycolysis process is what generates lactate hence how an athlete performs below TP is influenced by this. In Xert 2.0, we’ll step into this realm and improve on our solution to the sub-TP / HIE problem. For the moment, we’re using LTP as a pre-cursor to this which is easy to compute and work with. It isn’t perfect but works well in a large number of situations, far better than some percentage of FTP.

Unfortunately nobody yet touched on the main issue discussed in the interview, the relationship between stress (as indicated via HR & RPE) and load (measured via output power) over time during the workout, especially when it’s becoming longer than what’s usual for a certain athlete.

For example @xertedbrain as xert probably often stores HR data coming from many .fit files I’d wonder what relationship could be found in the data of all users. Maybe there is something which could be generalized by looking at HR vs power for t >> average workout time. I guess especially data from structured workouts in done in erg mode could be a a good resource here.

Then maybe also training advice could be improved by prescribing power depending on workout time for long workout times?

The HR response from long workout times is the result of the work you perform. It’s downstream, and the real value is in undertanding what is causing the HR to vary with longer workout times. We currently do this manually in our workouts. The overall intensity tapers down for many of them. A more automated process would be useful.

My LTP correlates reasonably well with what I perceive to be my LT1 (by lactate measurements) when I’m on a good day. By definition all Xert’s metrics describe your abilities when you are at your best. So my take is that LTP is the MAXIMUM you should take and therefore take that as your absolute limit if you are doing low intensity workouts.

So my take is that LTP is the MAXIMUM you should take and therefore take that as your absolute limit if you are doing low intensity workouts.

Definitely. Need to find a way to make it more clear that LTP would be the upper limit, not the target for endurance days.

I suspect that LTP is a reasonable estimate for most users (assuming their signature is valid), and doesn’t require any extensive testing, drawing blood, or calculating LT1 from one of the 8+ methods Armando linked above, etc. Athletes/coaches can still certainly can do those things if they want to. 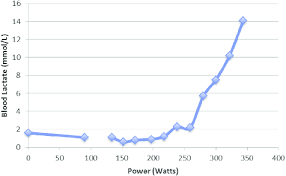 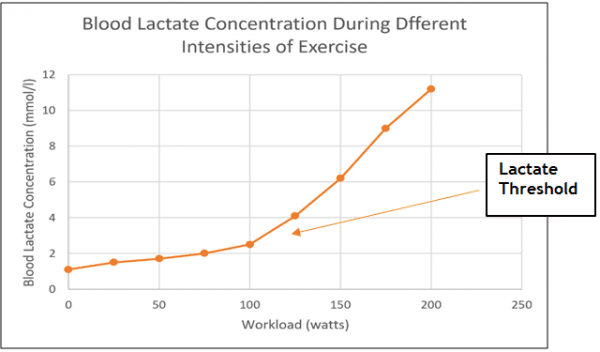 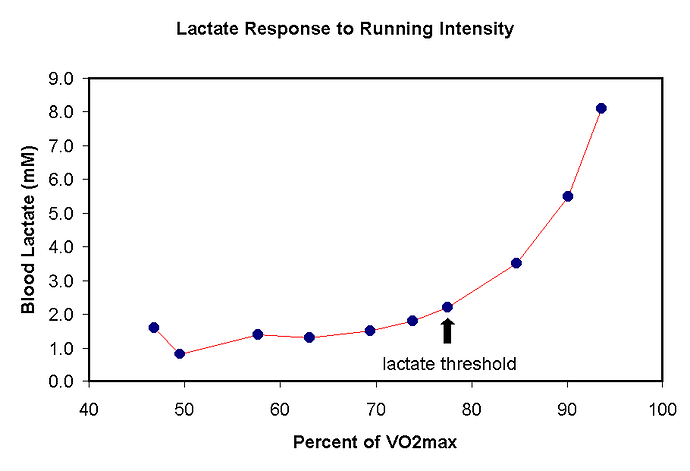 Using real lactate data doesn’t make this point obvious, even it you decide to use a simple definition.

One question:
If LTP should be the absolute maximum in endurance with low intensity-then I do not understand why almost all those workouts in the Xert Library have some intervals above LTP (for example Lucy in the sky or Learning to survive)

I’ve wondered that too!

Lucy in the Sky is predominately below LTP with short efforts slightly above.

lucychart932×144 22.2 KB
Definitely my go-to workout for low intensity minutes indoors watching a YT video with the Session Player.
Outside is a different matter but I doubt the accumulated work allocation ratio is much different.
Example of Easy Polar Endurance Ride –

EasyPolarEndurance1550×247 139 KB
You can bend Xert to your will if you prefer below LTP for all your endurance workouts especially when free riding outdoors. However, terrain will play a role.
Example of Moderate Polar Endurance Ride –

Learning to Survive is an example of “hard” endurance that dips into SS territory but it’s nothing like traditional SS workouts (X minutes at a fixed %FTP).

Or one of my favorites, Endurance Builder (from Coach folder) –

EnduranceBuilderCoach1022×185 38.8 KB
The argument remains there are distinct benefits to SS level work especially if you like doing it or if time constraints are a factor in your training. That’s probably the case for many Xert users. Most of us can’t invest 15+ hours/week riding their bike.

Back to the topic at hand – Yes, it would be cool if v2 adds a level of distinction for low intensity work (<TP) and your declining ability to perform over time especially for long endurance athletes (that’s not me). Perhaps HR patterns are usable for that.
In the meantime after watching DJ’s video I think you can train that way with Xert using a combination of Power, RPE, HR, and a healthy dose of “distraction strategy”.

Sometimes when I ride all I really care about is this –

From what I’ve read blood lactate accumulation is a product of both lactate production (burning CHO) and lactate clearance (in the mitochondria). Lucy in the Sky probably helps both. Over LTP results in more CHO being burnt and below clears the small amount of excess lactate produced thus giving a very effective time efficient low intensity workout.