when I was doing workout last 3 days, xert player always disconnected from trainer after while and will not connect again.Its caused with xert player, trainer works flawlesly with all other platforms. It only helps to save workout and start it again, then it finds trainer immediately. So after training I end up with multiple files (I know I can use fitfile tools). I was just thinking to come from monthly to yearly subscription, but will better wait till it is more stable.

I’m having big issues with the android app as well. Unfortunately I’ve just paid for a years subscription.

Are you on the beta or the stable release?
The current beta is 3.4.3.0 (169) released yesterday which was intended to fix the sound cue issue.
If you are on the beta the idea is you will post feedback directly to the developer while testing but I realize it’s easier to post on the forum. I do too, but it best to let them know what version you are running when you post (listed under About).
As far as the stable release goes I never had any problems with it once I switched to ANT+.
I recently switched to the beta to test BLE and any new stuff. It has been working for me on BLE other than the reported audio cue problem.
If on beta you can return to stable in the Play Store by selecting “Leave”.

If you look at the beta developer you can see that its xert themselves. As far as I was aware this forum has a “support” tag available for all posts on it. So the developer will see this as well as the app support feedback.

The latest beta updates haven’t touched any of the sensor connectivity or ANT+ coding, so strange to see these issues now. The other thing to note is that a large number of users haven’t been affected by it, so it appears to be limited to a subset of users.

The issue with ANT+ disconnects might be related to a recent software update specific to Samsung devices (https://www.trainerroad.com/forum/t/ant-issues-on-android-os-10-galaxy-devices/26462/7), since we haven’t been able to replicate the behavior on other Android devices in-house. We’re still investigating though. Thanks for your patience.

Its Bluetooth that I’m using not ant as per the TR forum issue from December 2019. I’ve got no issues at all with the TR app. It works perfectly both bt and ant. I am also a member of TR and use their android app.

Samsung Galaxy AS50. Nothing works now apart from cadence. No interval sounds either… 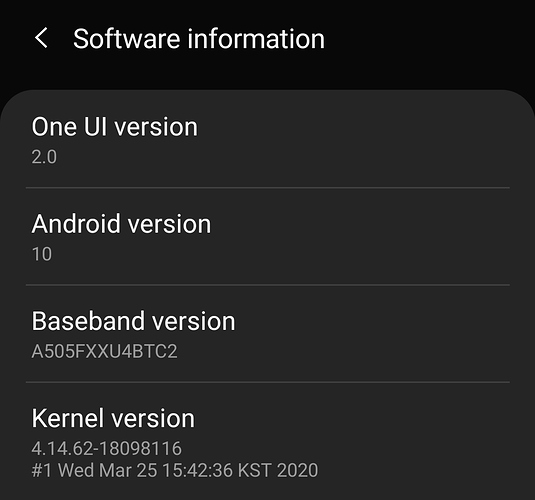 I see there is another app update available today taking it to 3.4.4. I’ll update it and try it out today.