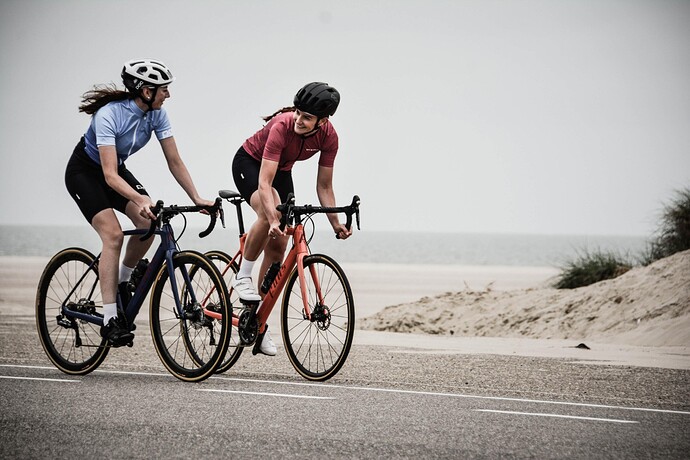 Training Right For Your Event

Introduction With the creation of the Adaptive Training Advisor, Xert has radically changed the way in which we train & prepare for events. Rather than prescribing workouts weeks & months in advance, Xert takes a day-to-day approach for...

My goal next year is a 2 week tour through France carrying out own stuff. 80miles per day. I’m guess that picking the longest focus available would probably be the way to go. Anybody disagree?

I do quite a lot of Audax including a few multiday rides, looking at the Athlete Type descriptions that’s what I thought, however the advice I’ve been given on the forum is to pick a shorter duration such as Climber. For what it’s worth, I find the Athlete Type confusing, there’s too much choice, personally I think three or four would make it easier to understand and choose.

I’d heard that as well but when I’ve set it to climber it gives me too much intensity. The other thing I don’t understand if you should set it to shorter focus, when would you set it to Triathlete.

I’m not sure. To be honest, I’ve found it difficult to get Xert to work for me with regards to long distance riding, for example, after a 600km ride, it had me as fresh and recommending essentially VO2 type workouts the day after. I know you can push/pull various switches such as the freshness slider but in reality all you are doing there is choosing not to go with the recommended Xata advice.

I’ve not quite made my mind up yet, but for my goals next year I suspect I’ll be switching to essentially self coaching, probably going down the road of reverse periodisation, which is what the likes of Mark Beaumont use/recommend. Makes a lot of sense as doing it the traditional way has been difficult to keep the intensity up as my rides got longer as the year went on.

Regarding too much intensity, are you by any chance using the Continuous option? I have found that as well, in the end I gave up on it, really couldn’t get my head around it or get it to work for me. I’ve switched back to a more traditional three weeks on, one week (or several days then a longer steady ride at the weekend) off approach, feeling much better and have even had enough energy to get back to the gym, which has helped with injury.

Ultimately constantly chasing a deficit was no good to me, fixed recovery weeks might mean I’m leaving a bit on the table so to speak, but I’d rather be slightly undertrained than over trained.

Thanks for your thoughts & insights! Just curious to hear some more… when you train for these sorts of events, do you ever do any sorts of above threshold intervals? Or do you just ride a long time below TP/LTP every day? If the latter, then a Century Rider or Triathlete athlete type would be sufficient, since those athlete types will not train your HIE or PP systems at all. If you wish to include some intensity for those systems, that’s where we recommend a setting like Climber or GC Specialist, since those athlete types will include some training for those systems.

We offer a wide variety of athlete types since each athlete type corresponds with a unique combination of Peak Power, HIE, and TP… a puncheur will depend much more heavily on HIE than a climber, for example).

I’ve switched back to a more traditional three weeks on, one week (or several days then a longer steady ride at the weekend) off approach, feeling much better and have even had enough energy to get back to the gym, which has helped with injury.

Perhaps this is an area in the blog that can be updated/expanded. It’s still possible to do this, regardless of athlete type. Set your IR at something like Moderate 2 or aggressive 1 for 3 weeks, then reduce to maintenance or slow for a week.

I’ve tried both and have come to the conclusion that whilst Xert offers many benefits over other systems it gives me far too much intensity that I have difficulty recovering from. Perhaps it’s an age, a muscle fibre type or a lack of aerobic training thing - I don’t know. One clue I’ve got is that the results of a metabolic efficiency test I had done a couple of years ago showed that I was only 18% efficient at my endurance power levels as opposed to the 22% that Xert assumes, leading to me utilising far more CHO that Xert predicts. This, amongst other things, leads me to believe I’m fast twitch dominant and whilst I can do the intensity I have difficulty recovering from it. Or maybe I just overthink things!