Good effort with significant adjustments.
Slope all the way is fine to use and you could raise above 2% if that doesn’t let you max out when you want. Otherwise try shifting gears and raise cadence to same effect.
Resistance mode is similar but requires more tapping.
You want to avoid AUTO (ERG control) when the going gets tough so you can exceed target/duration when able.

I had it on slope 2%, then put it in resistance mode for the last 2 intervals and smashed it.

Both are similar in that they hold the trainer at a fixed resistance and you can use your gears/cadence to influence how much power you’re actually producing. The difference is that resistance is/was designed to replicate the way that older fluid/magnetic trainers worked.

IMO, I find slope easier to work with, as a slope of 2.0% is consistent across all trainers. On the other hand, I’ve found Resistance settings to be far more variable between trainer manufacturer’s (Wahoo, Tacx, etc.) and even between different models of the same manufacturer. Your experience may vary. 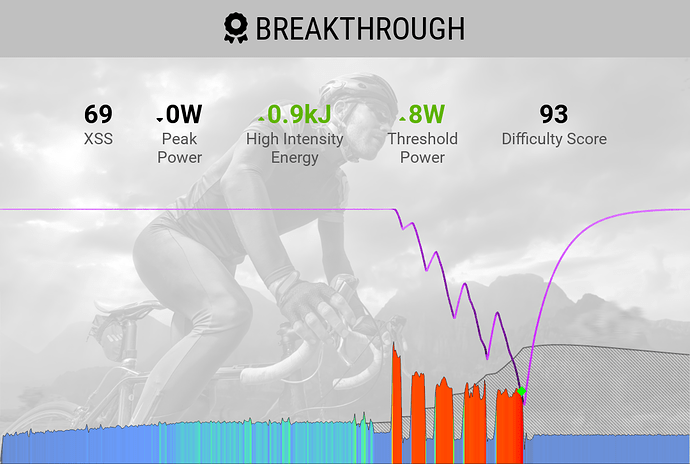 Four of us did SMART - Harder to Breathe today in a group session. All of us had breakthroughs: 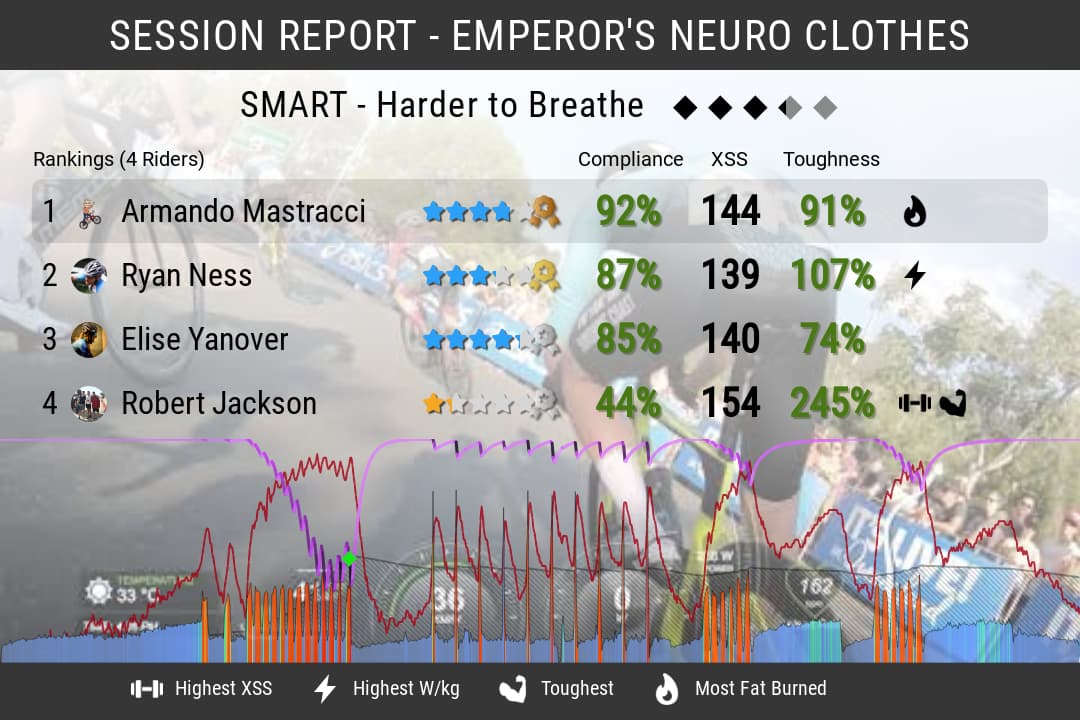 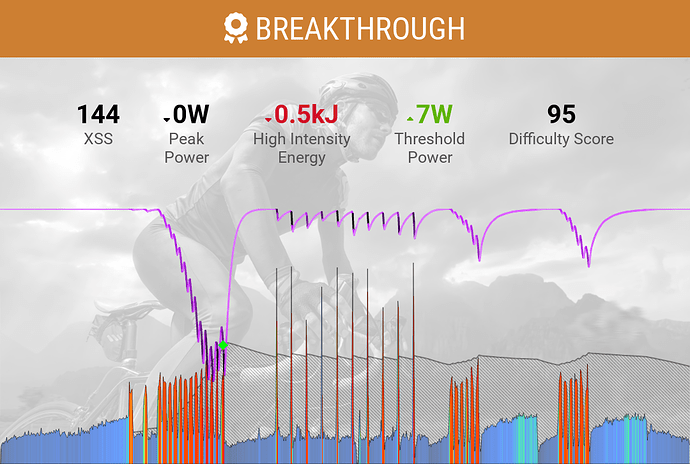 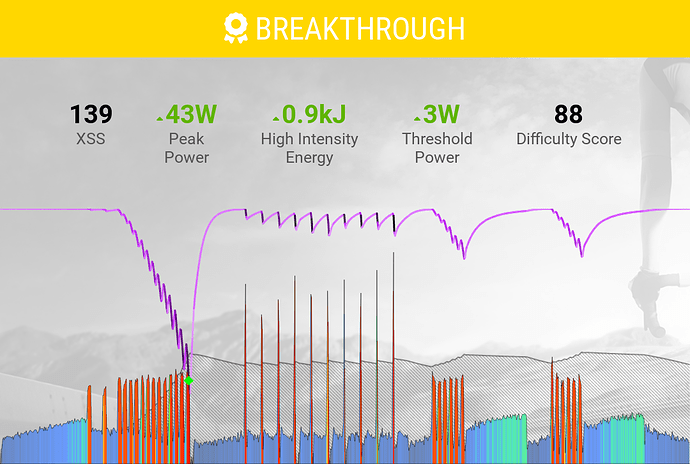 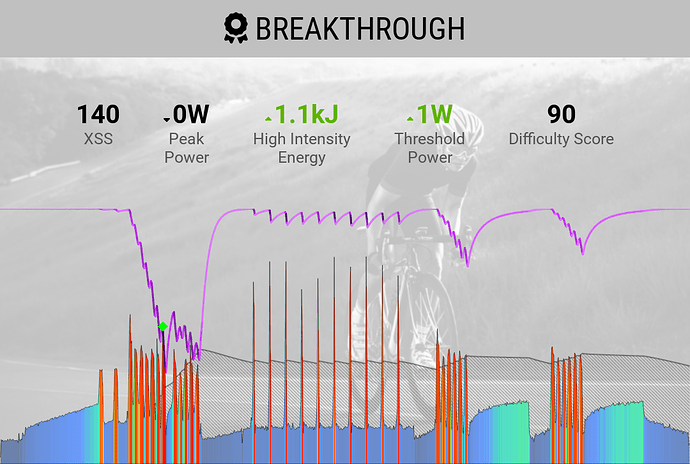 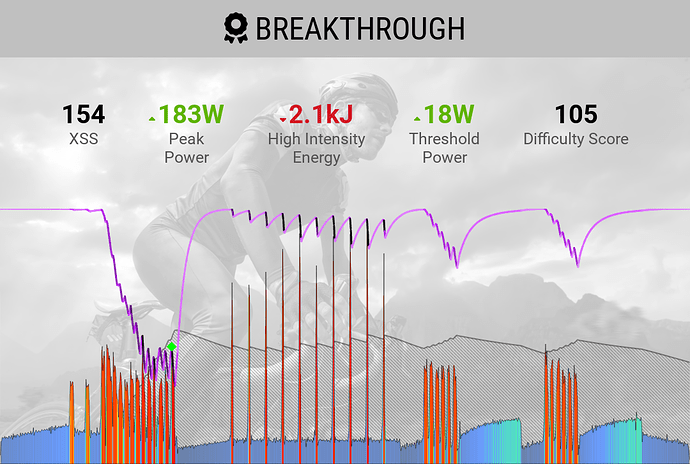 I did theTour de Zwift Stage 8 ride B in the new Scotland world - joining the 7am group.
It was the Rolling Highland route & short enough with plenty of punchy hills.
I was hoping to get a breakthrough, but generally find in the mornings I am a bit down on power compared to evening rides so wasn’t sure how it would go.

I had a bad end to 2022 training-wise into the first couple of weeks of 2023 with a bad case of flu, so I am hoping to see that with regular training I will see frequent breakthroughs. 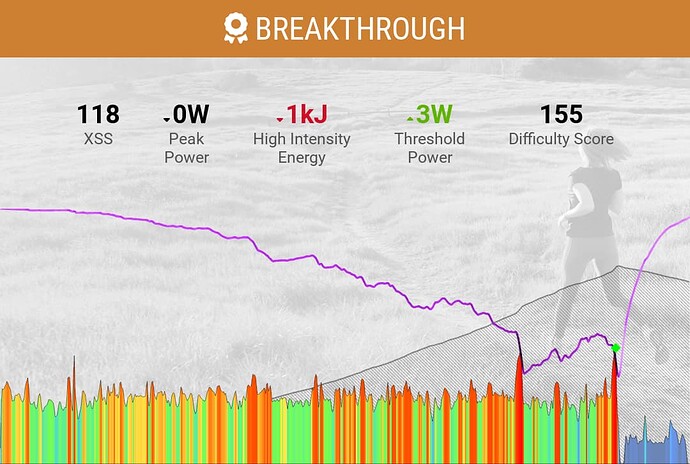 Test day after a few days of reduced training load. Not a BT, my first attempt with SMART training. Could’ve been a BT if the second interval had been a bit longer and the third one was messed up as I didn’t understand properly how the SMART workouts work. I’ve been training with No decay, so the previous fitness signature is about 4 months old.

It’s not the best feeling as I had some hopes of achieving a better result, but it’s just one test during the base mesocycle practically without any VO2 efforts so far. This result is for adjusting the training zones, nothing more. Work in progress. 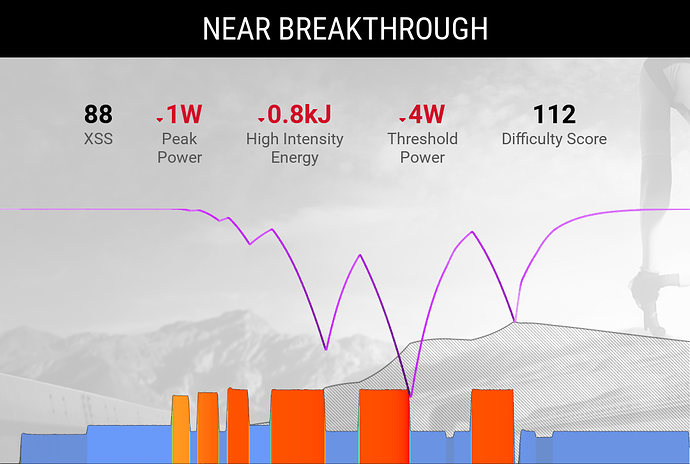 if the second interval had been a bit longer

Always perform BT workout attempts in Slope mode so you can exceed target power, duration, or both when the moment arrives to go deep purple.

This is one of the valuable lessons learned today! I’ve been riding mostly on ERG mode and thought it would be a good idea. Slope is the way to go and usually feels even a bit easier than ERG. Another one is trusting the SMART and the process. I shouldn’t have ridden the last interval as the recovery leading to it was too long to lead to a BT.

Just from an endurance spin but decided to push a bit on a short climb. I haven’t pushed hard yet for a BT a few just came over the space of 2 weeks 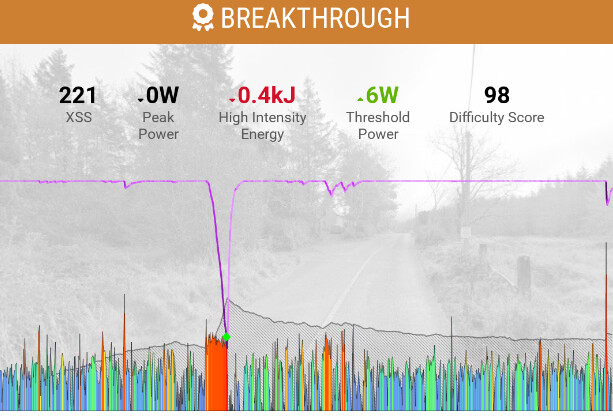 Strange breakthrough, PP went up 37 watts and TP down 5, I never got close to the PP the FTP App was 15 watts higher than my new TP……and yes the exert app was successfully updated. I guess the I should earn a new Breakthrough on my TP as it is lower than what I can do. 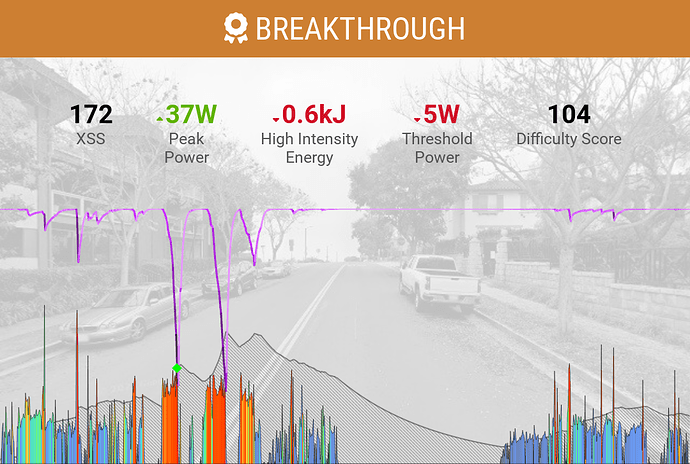 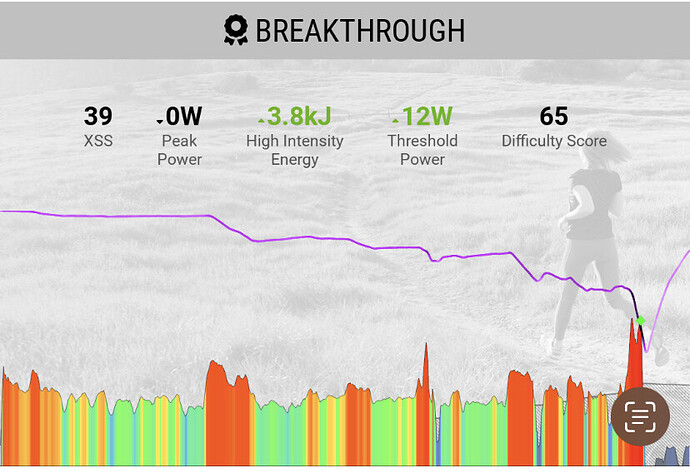 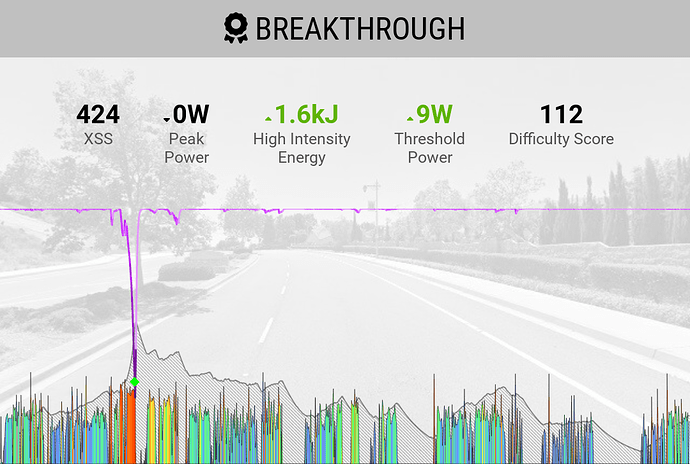 My TP breakthrough a day later, still low but I topped out the climb so that is as high she goes on this ride