How to put MPA on the interface when playing zwift,

When I was playing zwift, I wanted to put MPA in the screen like this (The part marked in red)

But I can only make chrome smaller, like this, it will have borders, it won’t look as nice in the video, how can I do that? 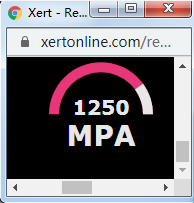 Would it be a lot easier if Zwift just integrated some of the Xert features… but I digress.
Don’t have any helpful suggestion here (other than since Xert is running on my iOS device I just look at MPA there, while on Zwift).
How do you deal with the duplicate activities showing on Xert (and Strava). Once both Zwift and Xert are uploaded I end up with duplicate activities (which I think are counted twice on Xert??)

They use OBS for broadcasting video and make an overlay. If you’re not broadcasting, you can just have it on your app or on a separate window like you have shown.

Not sure if I misintepret your question, but wouldn’t that be because of a different time stamp? I think the time stamp is ‘local course time’ when uploaded to Strava (or was it Garmin?) and the other sets it to your own local time.