Hi,
I did a 5h ride yesterday recorded with my Fenix 6 with Focus & Strain data fields: 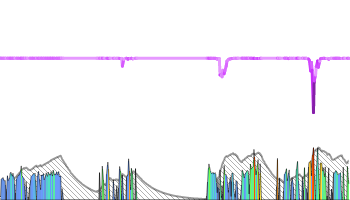 Back home after syncing I saw that I got a difference in data from the Garmin Fields versus Xert. Total XSS was maybe 1.5% less in xert compared to data field, which is no issue at all, I just mention it for the sake of being detailled.

The bigger suprise was the Focus: While on the Garmin Field I was slighly below 6min end of the ride, in Xert after syncing the ride was classied as “climber” (10min).

Is that a known isue of the data field?

One suspicion I have is that on the Fenix one can stop an activity and then next to save/discard one can chose “resume later”, which I did during 3 longer pauses. As far as I am aware this option doesn´t exist one the Edges, so it might be less known.

When I resume the activity after the pause I can see that the status bubble next to the data fields turns yellow again and start syncing the signature with the phone (which of course usually hasn´t changed meanwhile). This doesn´t seem to have any noticable effect on the XSS field, which keeps it´s former value and continues counting up normally. But maybe this has an unforseen affect on the focus field? Just guessing…

Another unreleated thing: Especially for longer rides I really miss the info on “active moving time” next to total activity time in xert, like it is availale in garmin connect. Any chance to get this added in future?

Calculations performed on the server (XO) after an activity is uploaded are more robust than what a data field can accomplish. Differences are to be expected especially to Focus but in your case the resume function undoubtedly skews the results as those are very long gaps being recorded within one activity. You may be better off saving as separate activities.

I wasn’t asking to make moving time part of any model. I was asking to simply display it, same as altitude or distance, which aren’t part of a model either. Just to save looking it up on other platforms after every ride.

For the focus field I’d hope this could be fixed just by ignoring the time were the activity was paused, same as any time with 0 watts seems to be ignored.

I’ve had this recently on a couple of rides using the Garmin Focus data field, I didn’t stop at all, so it isn’t purely down to your rests. It’s quite frustrating and makes you wonder what the point of using the data field is if it isn’t accurate.