I am trying to understand how Xert determines a Difficulty Score?image|690x388 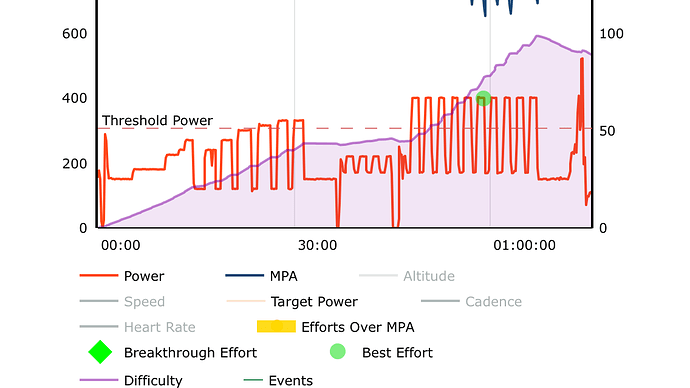 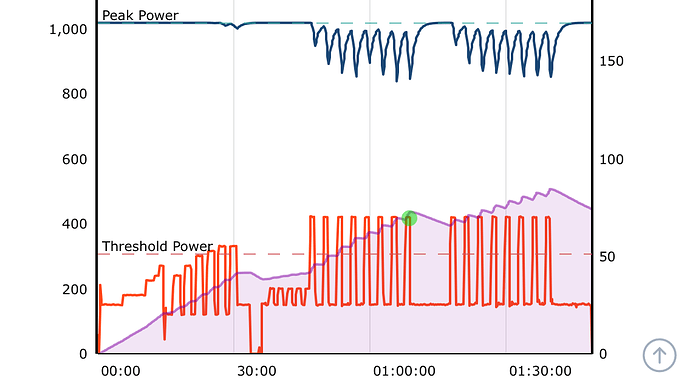 In the top image, are those shorter intervals longer and the recovery periods shorter than in the second image?

Look at how the MPA drops if you see it dropping further in the top file that would be why the difficulty is higher. 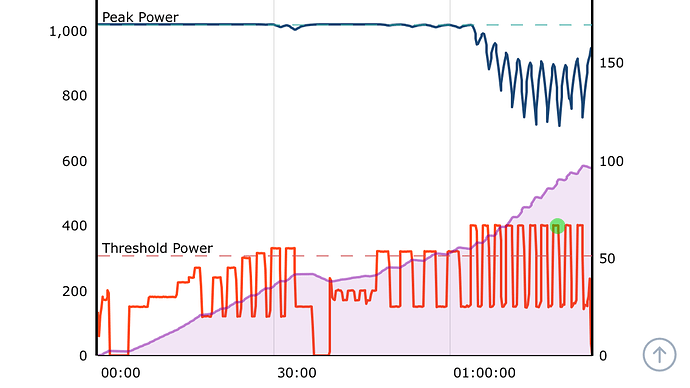 the lower difficulty is the longer workout because there are only 8 microburst intervals stacked against each other as opposed to 10 microburst intervals…
I would tend to agree… doing 10 back-to-back is much harder than doing 2 sets of 8… like at least for me i can recover, and the second set won’t be any more difficult than the first set. though obviously it’ll be more kJ…

was far more difficult to complete

haha i should caveat to say that it might not feel easier to everyone! and I haven’t tried something that difficult before i don’t think… at least not in a indoor workout… So i’m only guessing and you actually did it! so i IDK…

are you sure it is lower? they look the same to me since difficulty score is the highest difficulty reached during the workout right? doesn’t say anything about the volume…
both difficulty graphs peak pretty much exactly under the same 100…

as to why they could be exactly the same difficulty score… apparently the hard threshhold intervals do not influence the exponential weighted average?

And that is why I am asking the question…what is the purpose and how is it calculated? If it has noting to do with volume then theoretically someone could make a massive short effort and have a difficulty score higher than someone doing and hour of 1on1off at 200%FTP

Reproduce those interval sessions in the Workout Designer and you can see what happens to MPA and the Difficulty Score. Small changes to intensity and interval/rest lengths can make big differences.

And that is why I am asking the question…what is the purpose and how is it calculated?

Difficulty score is meant to represent exactly what it sounds like - how hard was your ride/workout? It also seems to somewhat align with central fatigue (fatigue that isn’t directly related to muscular limitations - MPA), though it wasn’t designed to do that. It’s calculated as an EWMA of XSS/hour