Breakthrough On Strava But Not In Xert?

I just did a moderately hard ride outdoors, in Strava Xert edited my ride to add a BREAKTHROUGH comment. But when I check in Xert itself, the ride shows no breakthrough. Can someone tell me why the discrepancy?

Actually just had this happen the ride I just did. On Xert it was a near breakthrough but on Strava a break through. 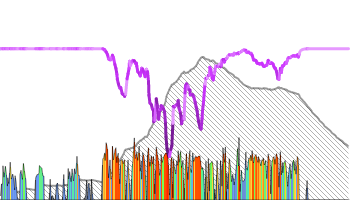 Made a max effort-near break through. Course was wet so I think I bogged down in places where I could have put out more power in dry conditions. Felt very good which it has been a while since I have felt good.

I thought that perhaps given my signature prior to the workout it was a breakthrough but post workout it was not. This ride also changed my signature, lowered my TP by 4w and lowered my HIE by .4kj which I am guessing is the reason for the discrepancy. Maybe you could check your signature under the advanced MPA tab and see if you have the same result?(signature change to slightly lower value)

I’m still not clear on what this means. I never even got a near breakthrough or anything on Xert. Yet it went back into Strava to add a BREAKTHROUGH comment to my existing ride after I uploaded the .fit file to Xert.

I made my Xert activity public in case anyone want to take a look. Please no making fun of my puny FTP etc

I can see it now. You had a rating of 5 for how difficult the ride was-that is really hard. Xert uses your data to figure that(difficulty) out-also you had 1:28 of maximal effort. I can’t see the advanced mpa info but my guess is if you look there xert adjusted your signature.

b) but if the fitness signature were decreased, why does my TP listed on the main fitness page go UP instead, unlike what is indicated in the activity page?

c) why would a near breakthrough show up in Strava as a breakthrough? Is that just a bug in the Xert algo/integration with Strava?

Don’t worry there are others who are more gifted at explaining this here but well they haven’t written yet.

Go to Advanced MPA and bottom right select Previous - what does that look like? It is confusing at times, although I have not yet seen a BT comment in Strava, when Xert indicates either nothing or ‘near’ - I guess you were close. And a BT means that at least one value goes up (bronze) whereas the other two may well go down.

Yet it went back into Strava to add a BREAKTHROUGH comment to my existing ride after I uploaded the .fit file to Xert.

I was wondering how the workflow actually flowed but I had not realised that Xert goes back to Strava later on and adds comments such as breakthroughs. Makes sense though.

In my case, this shows all three went down, not up.

If you go to previous, that will show your previous numbers - if they are all lower than in your current, that would mean your current would show all three went up. In which case you did have a (gold) breakthrough…

After a BT, my analysis looked like this (top is current, bottom is previous).

As you can see, I got a BT earlier than apparent in the actual (current) analysis. And only by a thread, whereas against the previous signature, I was doing an effort over MPA.

Maybe there is a scenario where you almost get a BT, which then gets ‘eliminated’ by the after activity analysis, if the margin is small.

You should probably take this up with Support (by email)…

If you sync Garmin -> Xert -> Strava then these (BT) comments do not get added afterwards, but upon sync. If you do a two-way sync between Strava and Xert only, then yes, the comments get added after Xert receives the file from Strava - would be magical if they would be added before even going to Xert.

The reason a value goes down in a Near breakthrough is Xert assumes the effort as maximal so interprets your signature values as too high.

So if your are not on top form don’t push for a BT otherwise your numbers might go down.

But by definition if you push for a breakthrough and miss it, you deserve the numbers you get (at that point in time).