Big breakthrough in a race! Once i finally started my power meter

So i don’t know why but the Garmin connect iq downloadable xert player app disables the power meter and hr system connections in Garmin so my warmup ride was recorded but the first three of five laps of power and HR were not recorded until i noticed the problem. I prefer to race without watching numbers especially when i don’t really know a very good fitness signature for me… if you ask me this is a bug… or i need to adjust my settings.

Anyone have any tips about how to adjust the ride? Maybe bump up the breakthrough TP a little bit? Or not? Idk… At the least i probably can double the xss… 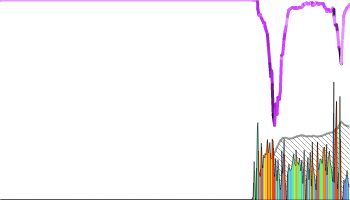 Maybe create a separate manual activity for the bit you didn’t record, to get the XSS/estimated focus. I guess you also missed HR, else you could split the fit file to get HR derived estimate for the first part.

That garmin issue is well-known and so annoying that I’ve stopped using it, which is actually a pity for outdoors. I now just use the phone app indoors, and stick to simpler intervals outdoors and record on the garmin with the Xert data fields instead. Hard to tell how widespread it is, but there are loads of posts on the forum. It’s been around for ages so I don’t expect it to go away…

Congrats on the BT anyway!

mission accomplished! i really didn’t think i could get a breakthrough two weekends in a row… but there you have it… after 2 rest days and 4 days of general endurance riding and struggling to recover after a 300xss race, i finally felt good enough to do one of my favorite structured rides: 4x11’ tempo +10x10"/20" on trainer… and low and behold i had enough in the tank to power through the sprints to a breakthrough!
a question… If i had simply done 30’ of easy riding and then did these sprints… would i have gotten the same gold breakthrough result? Same exact increase in TP, HIE, and PP? 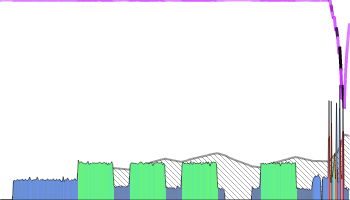 If i had simply done 30’ of easy riding and then did these sprints… would i have gotten the same gold breakthrough result? Same exact increase in TP, HIE, and PP?

Yes, all that matters is the MPA drawdown, and you don’t draw down MPA with tempo. There is no modeling of ‘endurance fatigue’ for efforts below threshold. So potentially your signature is even higher.

(In general, if you’re intending a hard workout, I’d put the HIT before the endurance as that’s your focus, but after a good warm up still. You could also try the tempo efforts under fatigue / soon after the 10/20s to accumulate low strain more quickly… Bangarang workout does something like that)

Nice! As your fitness improves so does the potential for BTs more often.
Also consider the different types of BTs possible depending on the activity –
Breaking Through the Xert Way! – Xert

There is no modeling of ‘endurance fatigue’ for efforts below threshold.

My coaches generally wanted me to view endurance fatigue as a non-factor when it comes to the capacity to do HIIT. I know it’s not entirely true… no one is fresh once they have ridden to their endurance limit. But I do think that it’s a mental limiter to think that you can’t do high intensity after doing endurance work. And a real race the most important ability is to endure the first 90% of the race and then smash everyone else to pieces in the last 10% of the race. So i always try to simulate that by doing endurance first… Furthermore, doing endurance after high intensity also means that the muscles will be primed to use carbohydrates. Certain transport enzymes in the mitochondria have been partially inhibited (by adrenaline and cortisol for example) from transporting fatty acids. I don’t want that. I want all my endurance riding to be stimulating me to become a more efficient fat burner… since i’m a sprinter, everything I do is burning more carbs than the average cyclist. Even doing the 4x11’ tempo, I consume carbs at 60g/hour. But hopefully, during the tempo, my fat burning isn’t completely inhibited… hope that makes sense… definitely the linked review about fatty acid oxidation written about sports nutrition is very interesting and worth a read!

Am no expert but can see some argument about practicing a race, but would think that’s only useful from time to time.

And am not saying you can’t do HIT at the end, just that it’s harder and your numbers will be lower, and maybe even the training response is lower(?)

I’ve heard other coaches say it’s even better to train with a specific focus each day, rather than mixing them… ride endurance only to improve endurance (or fat oxidation)… and when fresh ride really hard to improve top end (and then stop, maybe for the reason you outline)… but put most focus on endurance (up to around threshold) - the better your endurance, the easier the first 90%+ of the race will be, so you’ll have more in the tank at the end

I thought ronnestad breakthroughs were supposed to give you a large “maximal effort time”? 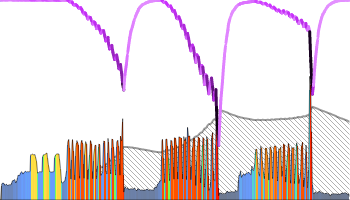 This is a really challenging workout (see the extremely high Difficulty Score) that is almost guaranteed to gain you a medal and reset your Fitness Signature. This is especially true for Fitness Signatures with a relatively high TP and low HIE/PP...

To view your actual maximal efforts, go to activity details, select Advanced MPA tab, and click the Previous button at the bottom.
Performance will vary over time and how often you practice this type of workout.
Some users may top out on the first or second set while others can motor through all three.
It also depends on your rider type. I prefer short and spiky repeats like this. Long VO2max efforts, not so much.
Form matters too. I would only tackle this workout when blue or green and preferably in a group session for that extra bit of peer pressure.

If I’m going for a BT via Ronnestad I only do one or max two sets if I somehow recover… and I really just try and ride nearly all-out for each 30 sec rep (not a stand up sprint, but after a few reps it’s really really tough)… I’m talking 10 to 20% above the power targets so there is nothing left on the table… doesn’t matter if you fade a bit (as long as you keep drawing down MPA / ride above TP)… and when you can’t do that, stop

Ronnestad as a workout I’d of course approach differently, so would try and be more even (and leave enough in the tank to do 3 sets). Also worth considering that for my signature, the original Ronnestad doesn’t lead to a breakthrough if followed exactly